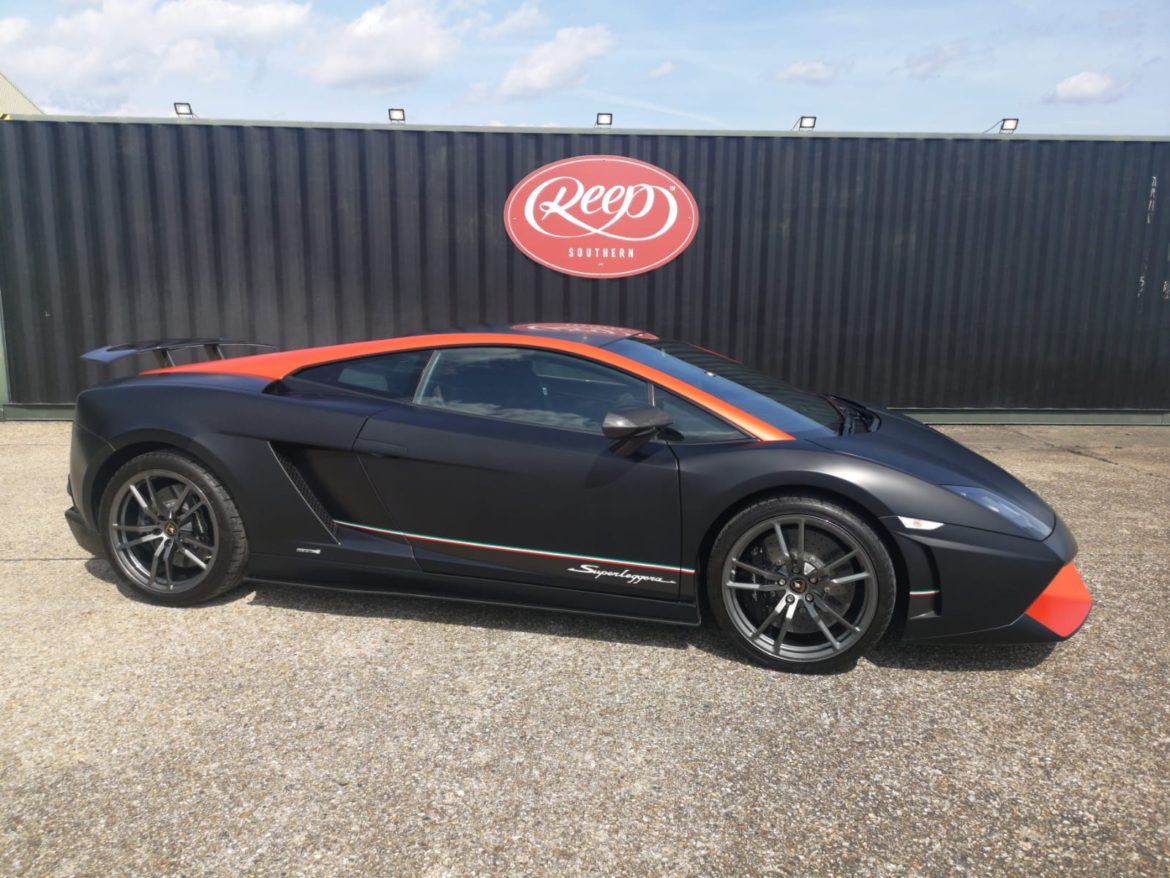 The Gallardo Edizione Tecnica was unveiled in 2012 at the Paris Motor Show and is based on the Superleggera and the Spyder Performante, with a fixed rear wing, carbon-ceramic brakes, many carbon-fiber interior trimmings, roof arch and front air intakes painted in the contrasting colour schemes, which ours would be Nero Nemesis (Matt Black) Body with Arancio Argos (Orange) pillars and front air intakes.

The Edizione Tecnica produces an incredible 562bhp which gives you a 0-62mph time of just 3.4 seconds and a top speed of 202mph

Overview of work carried out:

The dark, stealth looking exterior received our ‘Track Pack’ matte Paint Protection Film, In addition, matte PPF has been installed to the roof with gloss PPF to the A Pillars to accentuate the orange detailing. Gtechniq Halo has been applied to the PPF and Gtechniq coatings to the entire car which makes maintenance an absolute breeze.

View the image gallery below to see the finished result.

Here at Reep Southern we pride ourselves on creating the perfect protection package for your vehicle. Our state of the art studio based in Dunsfold is home to a specially built clean room, and Detailing studio. The clean room is equipped with advanced lighting and temperature controls ensuring we have the perfect environment and conditions to care for your pride and joy.

We use cookies to provide you with a better online service. If you are happy with this, carry on browsing. Alternatively find out how to manage cookies.